A spectrum of a single thin film on a substrate can reveal a unique pattern caused by constructive and destructive interference at various wavelengths.  The graphs shown here display examples of this pattern, from which the film thickness can be calculated.  This can be done with transmittance or reflectance spectra.

Convenient minimum and maximum wavelengths are chosen, and the number of fringes (peaks) between them are counted.  This information, along with the refractive index of the film and the angle of light incidence, is plugged into a simple formula to give the film thickness. 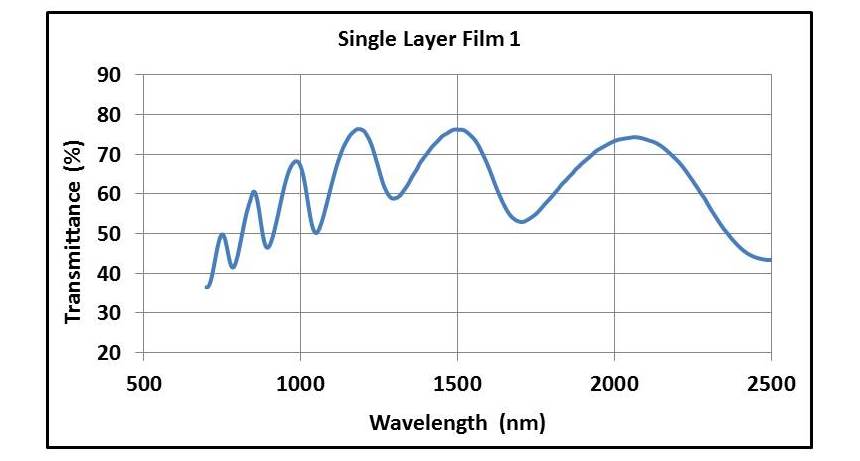 The thickness value for Film 1 is approximately 2.0 microns, and Film 2 is about 7.3 microns thick.  The figures show that the distance between fringes is greater for thinner films.  The minimum film thickness to be calculated using this technique is around 0.1 microns, and the upper limit is in the tens of microns if the full UV/VIS/NIR wavelength range is available.

This phenomenon of constructive and destructive interference patterns forms the basis of the science and art of thin film design, in which multiple film layers can be used to create very complex and useful optical features.  Please view the related application page, "Narrow Band Reflector at Three Angles of Incidence" for further illustration.